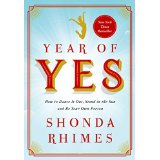 wind and a chance to do some shopping in stores that we don’t have where I live — Prada Outlet and Barnes and Noble, I miss you already!!  One would think with all that time that I would have read several books.  Wrong.  I barely finished an audio book and I listened to the majority of that while flying.  So what did I do with all my time in the evenings — re-watched Season 1 and Season 2 of Rescue Me.

I always know when I am under a lot of 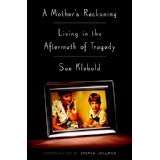 stress at work because when I do have downtime, I don’t do any reading and I totally veg out (or maybe it is numbing out??) watching TV programs from ITunes or Netflix.  Anyway, I watched Rescue Me back years ago when it was on the air and I just remember it as a very funny show.  Re-visiting it this last week, I see so much more.  While parts are still funny, it is an extremely misogynist show.  The show was created and written by Denis Leary.  While I enjoy some of his comedy, I can only hope that this is not how he really feels about women because every woman on this show is belittled, discriminated against, abused or seen only a sexual object.  I am glad I did re-watch some of this show as I now see it in a totally different light.

A book I actually did get through while on vacation was “Year of Yes” by Shonda Rhimes (I gave this four out of five stars).  I listened to this in audiobook form when I was flying and waiting in airports.  I always enjoy it when the author reads their own work but in this case I think I got even more out of the book because she was the reader.  I would say that you could classify this book as part autobiography/essay on feminism/self-help.  Parts of it reminded me a lot of Sheryl Sandberg’s Lean In, which I also enjoyed.

Early in the book before she started saying “Yes” to things, she described herself as “playing veal” which meant that she laid around on the couch, ate and didn’t move for days.  I had to laugh out loud at this because I have been there and again I return to my example of re-watching TV on vacation and not reading because of being stressed and wanting to numb out and not dealing with the stress in a more constructive manner.  Parts of the book really hit home for me and gave me a lot to think about while on vacation, one being that I need more exercise.  I live downtown and while I walk to work it is only a 20 minute walk.  My condo building has an exercise room with one treadmill and I have tried coming home and getting on it but between being tired at the end of the day and another tenant also wanting to use it at the same time each day, that plan soon fizzled out.   Best thing about being in management, is that I get to make the decisions around my working hours so I have decided to start work half an hour later each day and take a shortened lunch hour so that I can get up and put some time in on the treadmill at least three times a week.  Now I am not a person who feels the endorphins so I have to find a motivator to get me to do this and I think I have it – audiobooks.  I have listened to two non-fiction audiobooks this month and have enjoyed this format a lot and I think it is something that might just work for me.  I will report back in a month or so to let you know how this is working out.  The first book I am going to listen to while on the treadmill is A Mother’s Reckoning:  Living in the Aftermath of Tragedy by Sue Klebold.

One thing I like to do when I am away from home is to visit book stores. We no longer have any independent book stores where I live and our only real book store is a rather poorly stocked Chapters. In September I made it to the Harvard Book Store and I am still thrilled whenever I look at the pictures I had taken.  In Palm Desert they have a Barnes and Noble which we do not have in Canada.  Needless to say, I picked up a few books.  Two of my purchases were on my “to buy” list and are:

My Brilliant Friend by Elena Ferrante.  I saw someone on Booktube and Instagram talking about this series and thought it sounded really good.

Angelology by Danielle Trussoni.  This is the first in a series (not sure how many books there will be) but I got the second book at Book Outlet a couple of months ago so I finally now have the first book.

And, I found a complete stumble:

Charleston by Margaret Bradham Thornton.  The name of the book got my attention.  Although I haven’t been to Charleston, it is on my bucket list and I have been to several places in the south — Savannah, New Orleans, Fort Lauderdale, and Key West.  I love the southern states in the US and this looks like a really good read.

Currently I am reading The Book of Life by Deborah Harkness which is the third and final book in the All Souls Trilogy.  I am about 70% complete and plan to finish it this weekend.  I have fallen behind in my planned “to be read in February” list and hope to make some inroads over the next week.

Hope everyone is having a good week and happy reading!

2 thoughts on “Bits and Bobs”