Georgina (Geo) Shaw was best friends in high school with Angela Wong.  When the girls were in Grade 11, Geo’s boyfriend, Calvin James, kills Angela and with Geo’s assistance, buries her in the woods close to Geo’s family home.  Fourteen years later, Angela’s body is found and the police connect Calvin and Geo to the murder.  Geo takes a plea in exchange for testifying against Calvin and is sentenced to five years in jail.  This is quite a come down in her life since she had managed to snag an executive job at a major pharmaceutical company along with a wealthy finance by the time she was arrested.

Calvin escapes from custody and has been on the run for years.  Angela completes her five year prison sentence and shortly before she is released, the body of a woman and small child is found buried in the woods close to where Angela’s body had been discovered.  The police suspect that this is the work of Calvin who had by then, killed numerous other women.  In the meantime, Geo returns to her father’s home and is not welcomed by neighbors or the community.

This is the first book that I have read by this author and there were parts I really thought she did a good job on.  Particularly with the time that Geo spent in jail.  In so many other books I have read where the main character did a stint in jail, usually that part of the story is just glossed over.  It was evident that the author had done some research so that she could flesh out this story line with accuracy and believability.

I also enjoyed the twist near the end of the book.  I did see it coming about 80% of the way into it, however, that isn’t too bad and I didn’t really mind that by that point I had figured out the truth.

I would certainly consider reading another book by this author. 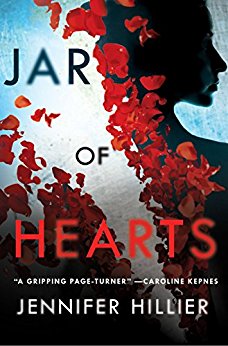