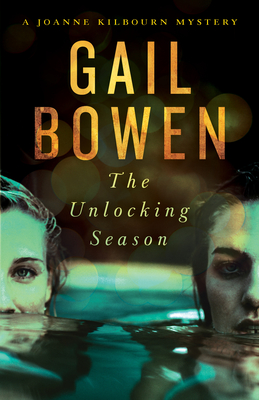 Joanne Kilbourn-Shreve is now 60 years old and a television series is being filmed in her home city, Regina, Saskatchewan.  It will chronicle the life of the Ellard family (Joanne’s family tree) and the Love family; in particular, Joanne’s half sister, Sally Love.  Before the scripts are completed however, the writer dies in an unnerving manner.  The plot focuses on what happened to the writer and what will happen to the television series – is it now in jeopardy? As always, the author pays a special emphasis on Joanne’s relationships with her husband, children and grandchildren.

Something readers should keep in mind is that this is the 19th book in the Kilbourn series and while some books in long-running series can be read as standalones, in my opinion, this is not one of them.  This series is not only very character driven, but in particular, this book contains many characters and at times a score card would come in handy.  If you are not familiar with Gail Bowen’s writing, I believe that this book would prove to be frustrating for readers new to the series.

One of the many things I admire about Bowen’s writing is her ability to move the protagonist forward.  She has Joanne age naturally and the reader has been along on Joanne’s life progression from a widow with young children, to being married again, to grandmother and now empty nester.

As long as Gail wants to keep writing this series, I am interested in reading it.   Thank you to Netgalley for a free copy of this book in exchange for an honest review.